In case you missed it, the LPSC District 1 election is heading to a runoff election on December 5th. Louisiana elections use the majority-vote system, often referred to as a “Jungle Primary”. All candidates compete in the same primary, and a candidate can win the election outright by receiving more than 50% of the vote. If no candidate does, the top two vote recipients from the primary advance to the general election, regardless of their partisan affiliation. Although incumbent Foster Campbell won in LPSC District 5, District 1 is still up for grabs. Newcomer Allen Borne will face Incumbent Eric Skrmetta for the LPSC District 1 seat, carrying a term of 6 years, a crucial time for Louisiana’s energy policy. Voter turnout is expected to be low, so we encourage you to spread the news and make sure your voice is heard!

We Can’t Go Back! Call your LPSC Commissioner to save our Energy Efficiency programs! 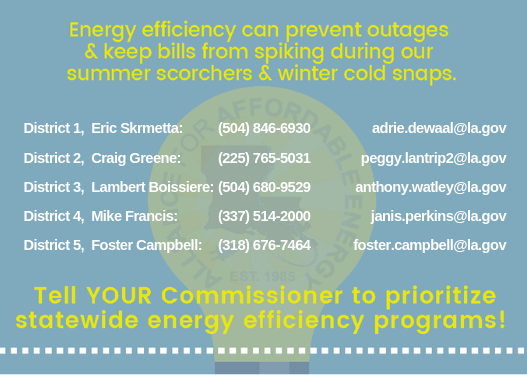 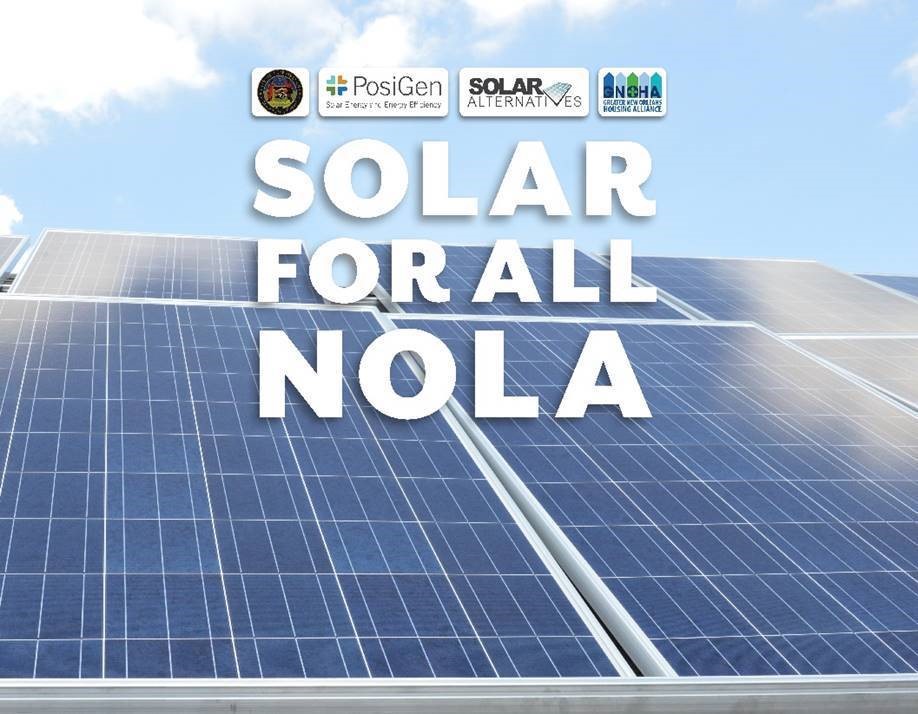 In January, Mayor LaToya Cantrell announced the creation of Solar for All NOLA, a clean-energy initiative available to all New Orleans homeowners and small businesses through the financial and resiliency benefits of rooftop solar. The program is a year-long campaign which underscores Mayor Cantrell’s commitment to reduce energy costs for lower-income families and those on fixed incomes, while creating quality jobs and making New Orleans more climate resilient.

Solar for All NOLA: solarforallnola.com 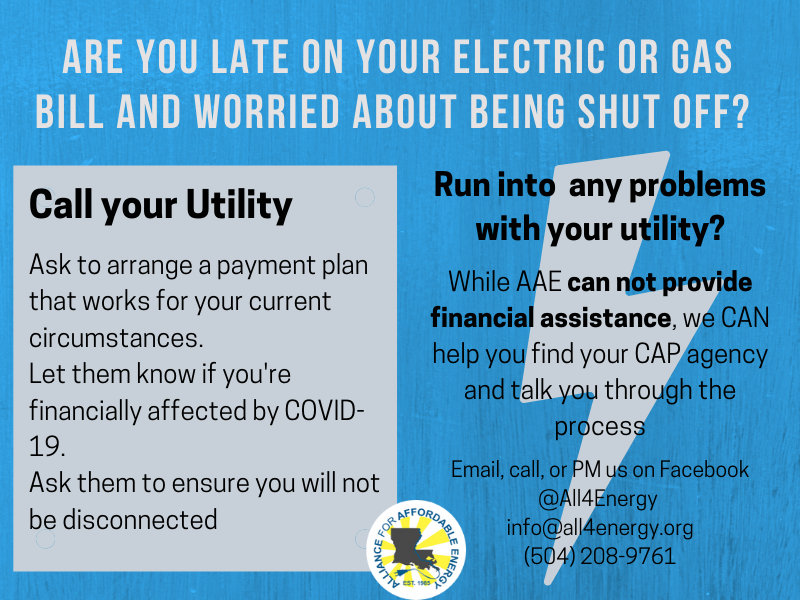 LEARN MORE ABOUT YOUR ENERGY EFFICIENCY FOR ALL COALITION MEMBERS