Energy Efficiency Is for Everyone

The benefits of the nation’s largest energy resource aren’t reaching those who could most use them. We can fix that. 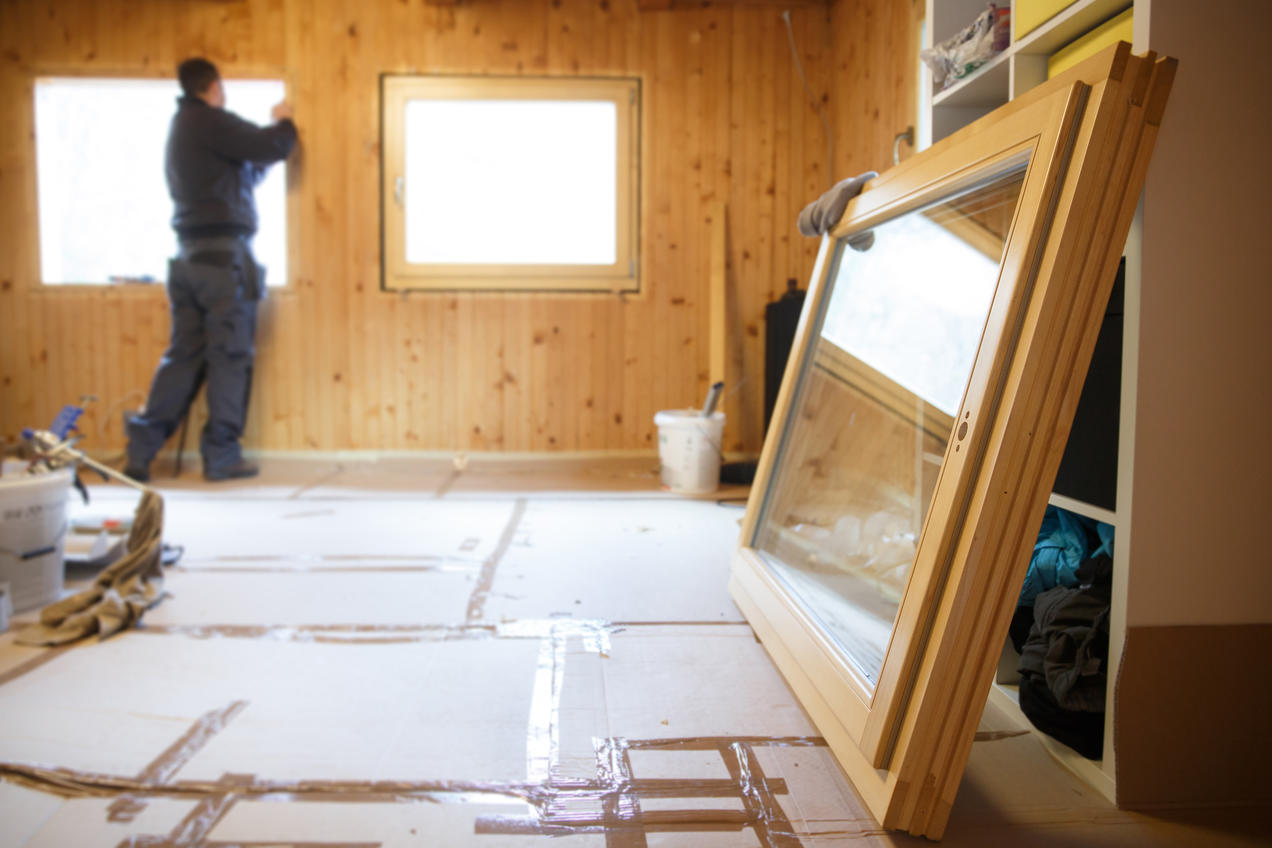 We’re now well into primary season, a period when American voters are exerting themselves trying to narrow down the field of presidential candidates. But amid the primary frenzy, during which national politics necessarily takes center stage, it’s worth remembering just how much meaningful policy is conceived and enacted at the state level. States are the “laboratories of democracy,” in the words of Supreme Court Justice Louis Brandeis, by which he meant that policy craft at the state level allows us to test policy ideas in 50 different venues, finding out what works and what doesn’t, before taking these ideas nationwide. And right now, states are leading the way in passing laws that promote energy efficiency, a powerful weapon in the fight against climate change that also happens to be a tool for improving the daily lives of all Americans—especially those who are struggling to make ends meet.

Over the past 40 years, energy efficiency—using less energy to achieve the same, or even better, results—has become our country’s largest single energy resource, which is to say that the savings realized through greater efficiency measures have accounted for more energy than all additions of oil, coal, natural gas, and nuclear power generation, combined, over the same period. We’ve gotten so good at saving energy, in fact, that our energy use is roughly the same today as it was 20 years ago, even though our GDP has grown by 30 percent over this same period.

Millions of U.S. households have already benefited directly from the energy efficiency revolution in the form of lower electricity bills. Efficiency standards currently in place for appliances are already saving utility customers, on average, $500 a year. In recognition of these realizable savings—as well as the significant climate benefit that accrues—states, cities, developers, and manufacturers are working together to make sure that energy efficiency is built into the construction of our new homes and office buildings and in the production of our household appliances both large and small.

But one group has been too slow to receive the money-saving benefit that comes with increased energy efficiency: low-income renters as well as affordable housing owners and managers. By and large, the efficiency revolution has bypassed these buildings, which are disproportionately found in communities of color or in rural areas. This makes it hard to provide affordable housing at a time when many states face a housing crisis and puts pressure on already strained household budgets. Low-income renters’ energy burden, as a result, is typically greater than it is for other households. Put another way, these Americans must spend a larger percentage of their household income on electricity and gas heat than most other Americans do and are frequently forced to make difficult choices between paying the energy bills or paying for food, medicine, or other necessities. Of people making less than $40,000 a year, 43 percent report that they’ve had to sacrifice educational or health-care opportunities to pay for energy. Nearly 20 percent say that they’ve had to make a “serious sacrifice.” And Blacks and Latinos are three times as likely and twice as likely, respectively, to be in this latter group.

This has been the reality for decades. But it may finally be changing. Energy Efficiency for All (EEFA) is a project dedicated to bringing energy efficiency to residents of affordable housing by advocating for just and equitable energy policy. EEFA is a partnership among Elevate Energy, the Energy Foundation, the National Housing Trust, and the Natural Resources Defense Council, as well as nearly 50 state and local organizations in 12 states. Thanks in part to its efforts, state regulators and lawmakers are beginning to act, proposing and passing all manner of efficiency measures that will benefit the climate and all Americans but will be felt most directly by households that have historically shouldered a larger energy burden. (Full disclosure: I am the codirector of EEFA.)

EEFA currently collaborates with coalitions in California, Georgia, Louisiana, North Carolina, Maryland, Pennsylvania, Virginia, Illinois, Michigan, Minnesota, Missouri, and New York. In each state we work with housing advocates, community leaders, health-care professionals, environmentalists, and others toward the goal of making energy efficiency available to those who need it the most. EEFA also houses the national Network for Energy, Water, and Health in Affordable Housing (NEWHAB), a platform for coalition members and diverse sector leaders to convene, learn from one another, and develop collective solutions to increase access to healthy and affordable homes. 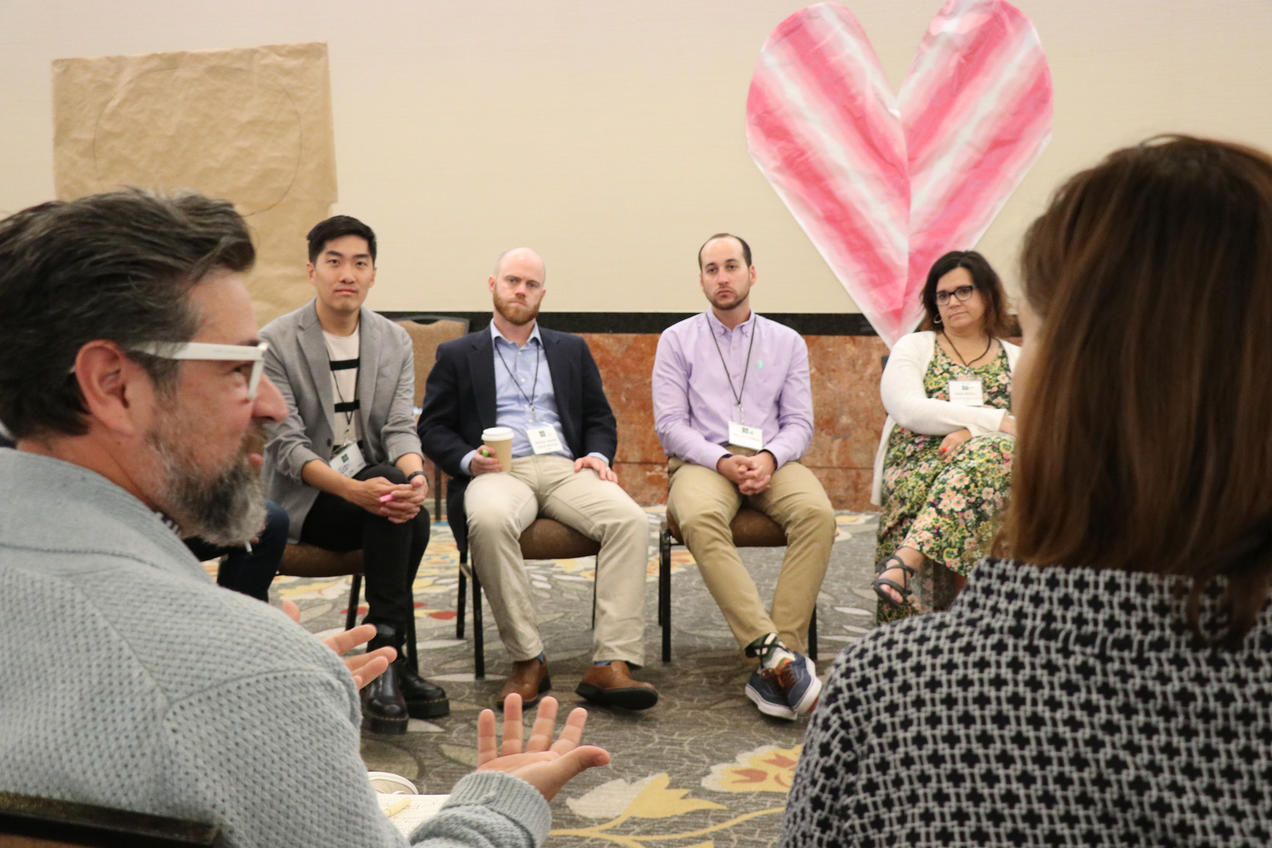 And we’re getting real results. Some of the most promising developments recently have taken place in the mid-Atlantic states. And while EEFA and our coalitions focus on advancing better policy through other important means—powerful if little-known public utility commission regulations and state housing agency policies—a subset of allies with the interest in and capacity to promote game-changing legislation are doing just that in some states. In Maryland, bills are making their way through both the House and Senate that would require electricity savings of 1 percent per year in low-income housing served by the state’s Department of Housing and Community Development (DHCD). Currently, Maryland’s limited-income households—more than half of which are Black, Latino, or Asian—pay twice as much or more for energy, as a proportion of income, than do other Marylanders. And while DHCD is delivering energy efficiency upgrades to their homes, at the current rate it will take more than a century to serve all 450,000 income-eligible families in Maryland, which is simply unfair and unacceptable.

Next door in Virginia, lawmakers are considering a similar pair of bills that would establish the commonwealth’s first Energy Efficiency Resources Standard, which would for the first time require the state to achieve a specific energy savings goal within the next decade.

One reason to believe it can meet that goal by its self-imposed deadline: Virginia is about to join the Regional Greenhouse Gas Initiative (RGGI), the nation’s first carbon pollution permits trading market, with 10 mid-Atlantic and northeastern states participating and two more poised to join. Power plants must meet a regional carbon emissions cap by installing pollution controls or buying and trading an ever-decreasing amount of emissions permits for sale. Significantly and appropriately, Virginia is conducting an evaluation of the economic, energy, and environmental impacts that the program will have on low-income, minority, and tribal communities.

Pennsylvania is another mid-Atlantic state that’s set to join RGGI in 2020, thanks to advocacy by the state’s EEFA coalition and especially the Pennsylvania Utility Law Project. The Pennsylvania Utility Commission just adopted a new policy that caps the energy burden for up to two million low-income customers to no more than 6 percent of their household income. Before the new rule, some low-income Pennsylvanians were spending as much as 20 percent of their incomes on gas and electric bills—an untenable situation that punished individuals and entire families for simply trying to stay warm, cook their meals, or keep the lights on.

The EEFA project is preparing to boost its impact and expand its tent of state collaborators. We hope to advance bolder, more transformative state policies in 2020 and years to come as more leaders come to understand the importance of reducing energy burdens for all of their constituents, not just those who can afford to embark on huge home-weatherization projects or invest in new, top-of-the-line appliances. Fortunately, bringing energy efficiency to every household in the country is within our power. And we’re going to get there, one state at a time.